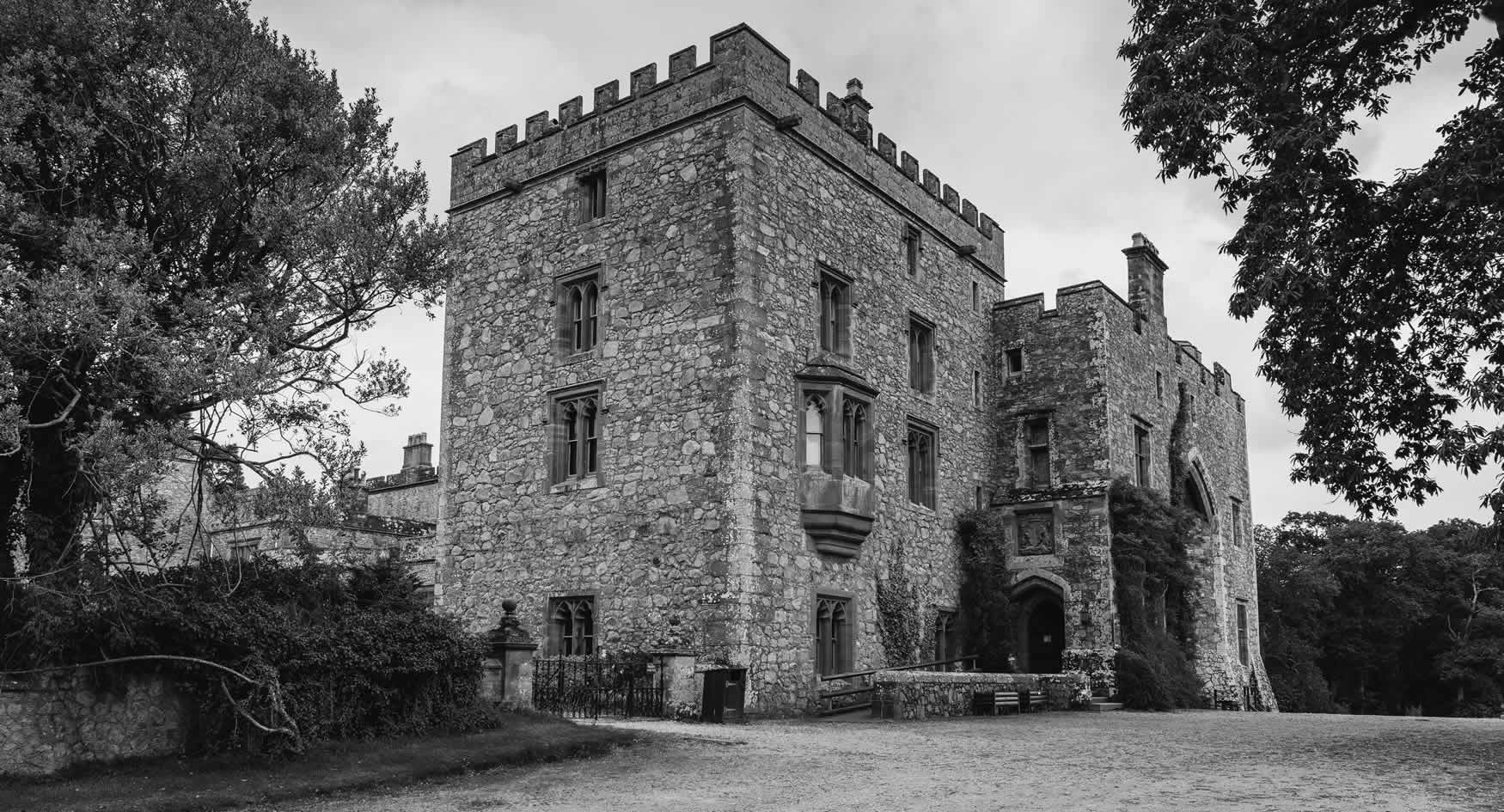 History of the Castle
The Castle, nestled in Cumbria, believed to be standing on Roman remains, is a key part of the region’s history.

History of the Castle

The Castle, nestled in Cumbria, believed to be standing on Roman remains, is a key part of the region’s history. Whilst the Pennington family have recorded evidence of this historic house as being their home since 1208 when lands were granted to Alan de Penitone, some records go back further suggesting that the family have been here since at least 1026.

A castle was built in the later 13th century and enlarged in the 14th when a pele tower was erected on Roman foundations (which would date back to 79AD), part of its fabric being incorporated in the south-west tower. A coin from the time of Emperor Theodosius (AD380) has been found, and there is also a Victor ring.

It was the fifth Baronet, created first Baron Muncaster who carried out far-reaching renovations inside and out including planting most of the large hardwood trees and founding the library, and his great-nephew Gamel Augustus, fourth Lord Muncaster who shortly before his death in 1862 instructed Anthony Salvin, whose main interest was military architecture and who was very fashionable, to update the house.

Salvin covered the courtyard, built by first Lord Muncaster, converting it into the present Drawing Room, with its much-admired barrel ceiling which was the work of two Italian plasterers. It was redecorated in 1958 by Lady Pennington-Ramsden.

The fifth and last Lord Muncaster, Gamel’s brother, died in 1917 and the Muncaster estate passed to his mother’s family, the Ramsdens, who carried out extensive works in the gardens and brought many of their possessions, including the Ramsden family portraits, to Muncaster. In those days the estate still extended to 23,000 acres.

Muncaster Castle is a fine example of one of the Lake District and Cumbria’s favourite historic houses – come and see for yourself just how impressive the building and historic gardens are.