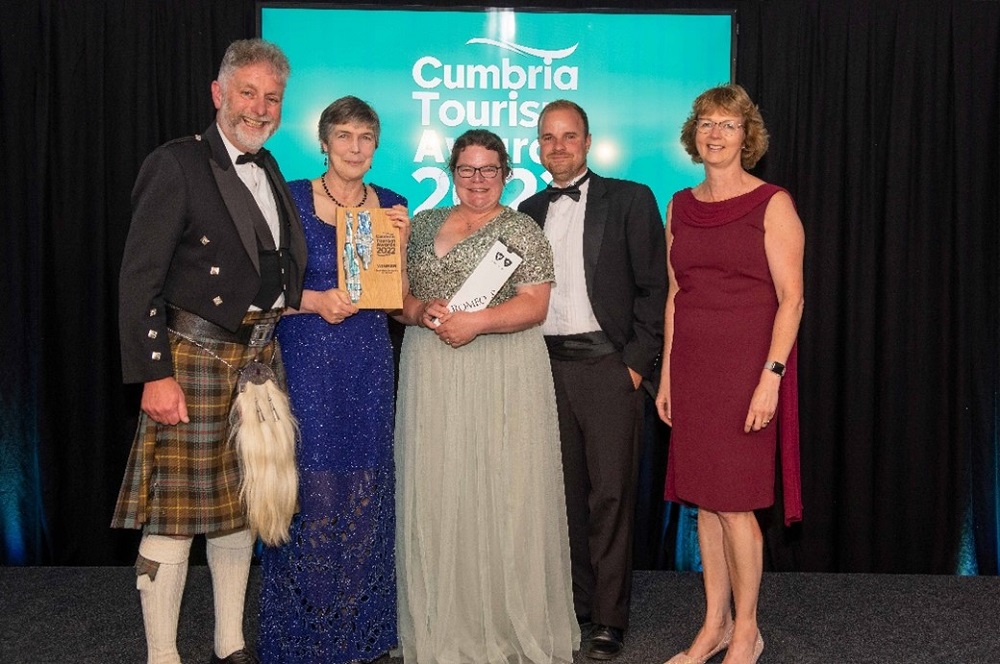 Muncaster Castle is today celebrating an amazing double success at the prestigious Cumbria Tourism Awards 2022.
The popular Lake District attraction was awarded the Small Visitor Attraction of the Year prize and also won the Ethical, Responsible and Sustainable Tourism Award at the showcase event.

Peter Frost-Pennington from Muncaster Castle, Gardens and Hawk & Owl Centre says: “We are just flabbergasted! It is fabulous to win these two wonderful awards. They are a credit to all the staff and volunteers who work at Muncaster. It’s a tribute to their enthusiasm and loyalty. 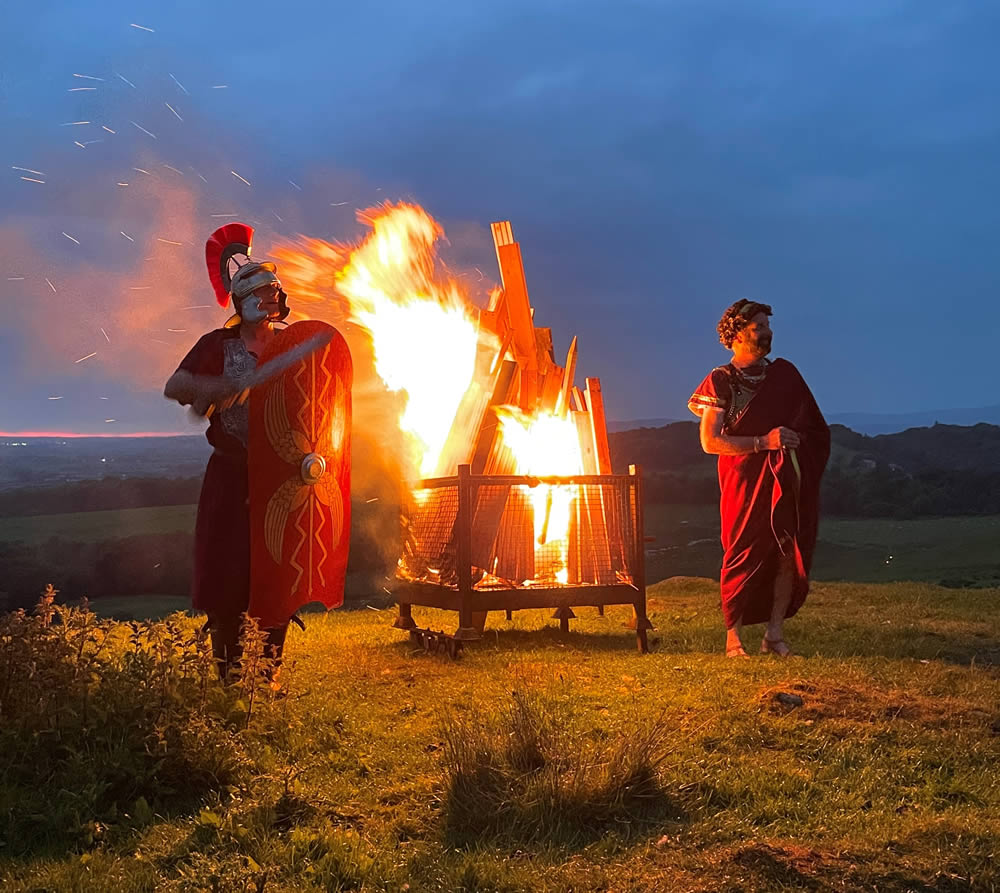 The Emperor Hadrian lights Jubilee Beacon in honour of The Queen

To celebrate 70 years of Her Majesty’s glorious reign, local citizens of Ravenglass and the parish of Muncaster were amazed when His Imperial Majesty the Emperor Hadrian himself arrived by chariot to pay homage to Britannia’s longest reigning monarch. Hadrian lit a beacon on the hill between Muncaster Castle and the village of Ravenglass as part of the Queen’s Platinum Jubilee celebrations on Thursday evening at exactly 10pm.

Citizens of Hadrian’s northern frontier gave a rousing three cheers to her Majesty and were warmed by the blazing beacon and various Romam Goddesses dispensing that marvellous Roman intrduction to Brittania; mulled wine.

PLATINUM JUBILEE JOY FOR VISITORS TO MUNCASTER - COME AND JOIN THE FUN!

Muncaster Castle is to play a key role in celebrations for Her Majesty the Queen’s Platinum Jubilee – lighting a special beacon in her honour.

The castle is part of The Queen’s Platinum Jubilee Beacons celebration and will light up its beacon at 10pm on Thursday, June 2.

Muncaster Castle main gate:
At that same time beacons will be lit in communities across Hadrian’s Wall – Muncaster is part of the Frontiers of the Empire World Heritage site. It’s a double celebration for those communities as the Platinum Jubilee falls in the same year as the Hadrian 1900 Festival – commemorating Roman emperor Hadrian arriving in Britain to supervise the building of his frontier Wall in AD122. 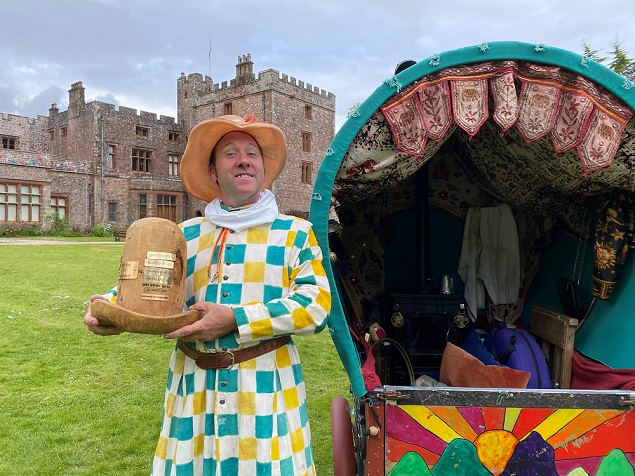 Ian Douglas, storyteller extraordinaire from Huddersfield, was mantled in Tom Fool’s coat and crowned with his hat by Gary “Gacko” Bridgens, Muncaster’s Fool since 2019.

Muncaster Castle is recognised as the traditional home of “Tomfoolery” ever since the legendary Thomas Skelton, the original “Tom Fool,” was jester there in the early 17th century.

Read the full press relase and Peter Frost-Pennington of Muncaster's and the new Fool Ian Douglas's word below... 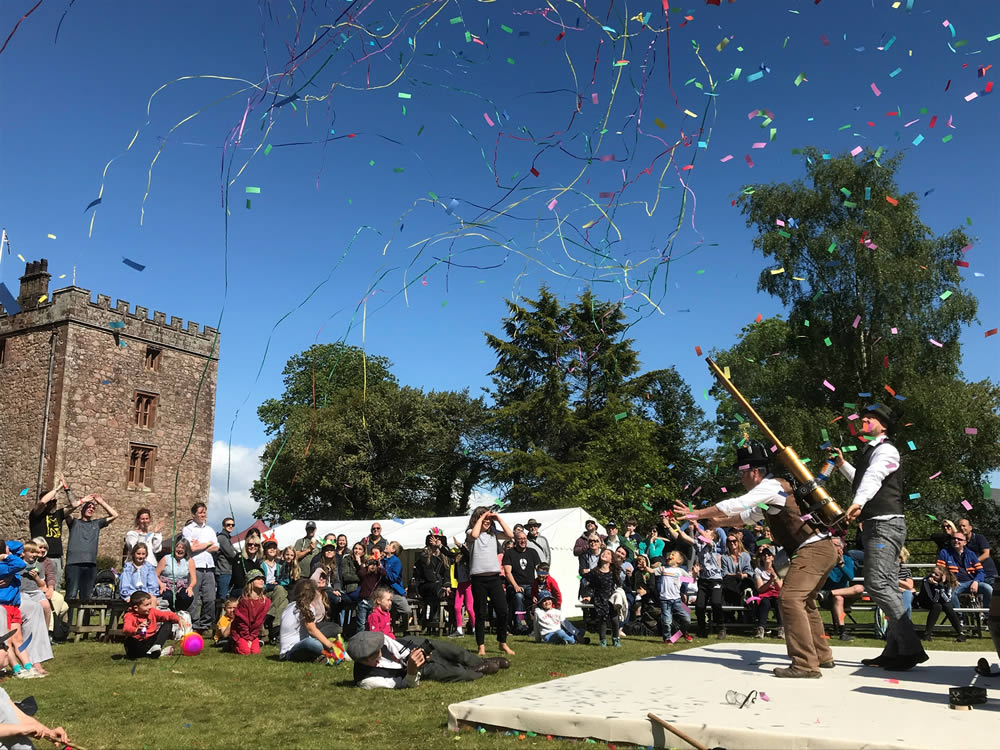 ROLL UP! ROLL UP! For a weekend of fun & frivolity, mirth & mayhem visit Muncaster Castle to kickstart celebrations for Her Majesty the Queen’s Platinum Jubilee.

The spiritual home of fools & jesters worldwide, ever since the legendary Tom Fool entertained or bemused visitors at Muncaster in the 17th century, Funcaster is the perfect place to forget the troubles of the last few years. Visit with family & friends to laugh, relax and make merry in the beautiful surroundings of the castle & gardens .... 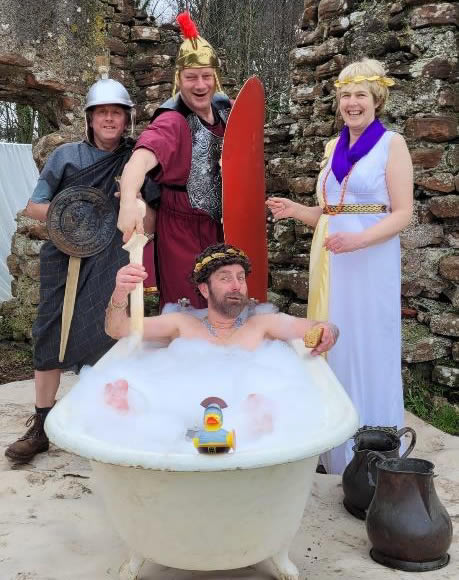 To celebrate the launch of hadrian's wall 1900 the emperor hadrian himself Sailed in on monday from rome to the ravenglass estuary where he enjoyed a Bubble bath within the ancient roman bathhouse. Suitably refreshed and Cleansed, he is now ready for the year of festivities along his hadrianic frontier. The 24th january 2022 would have been his 1946 Th birthday and 1900 years since He decreed that a frontier be constructed to define the limits of his empire. The Ceremonies were supervised by sulis, the romano celtic goddess of thermal Springs and healing waters. The emperor enjoyed a very hot bubble bath, Roman honey cake and of course, mulled wine, newly popularised in the 2nd Century throughout the roman empire. 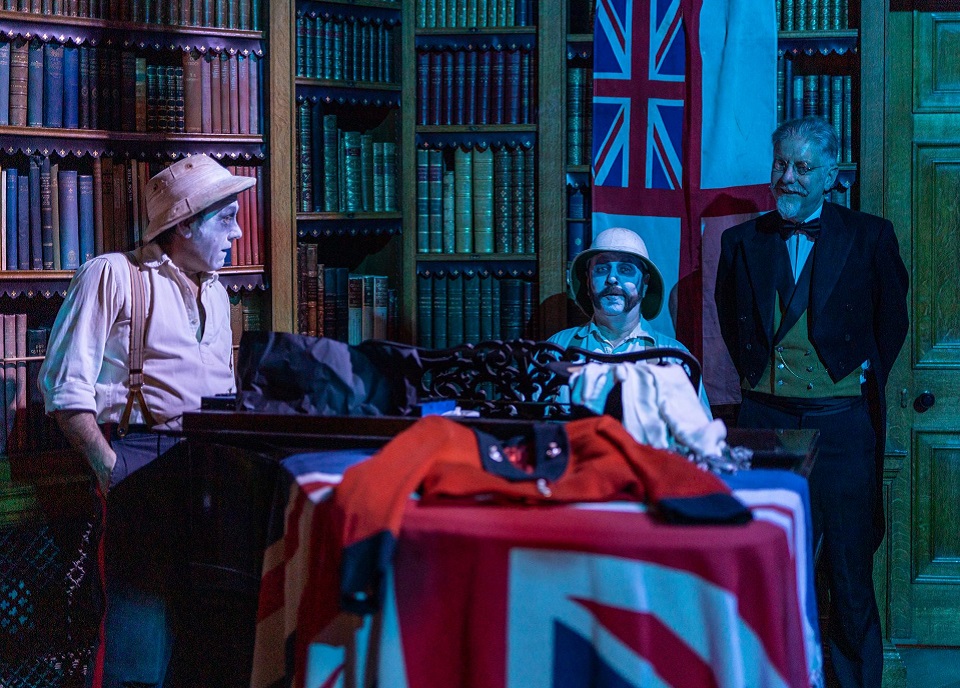 Muncaster Castle is one of 3 attractions in the Western Lake District to receive accolades in the 2020/21 Visit England Tourism Awards receiving "Best Told Story". After such a challenging 18 months for everyone, it is a wonderful and welcome accolade and as quoted by Peter Frost-Pennington "a huge pat on the back for all our loyal staff & volunteers."

Read the full press relase and Peter's words below. 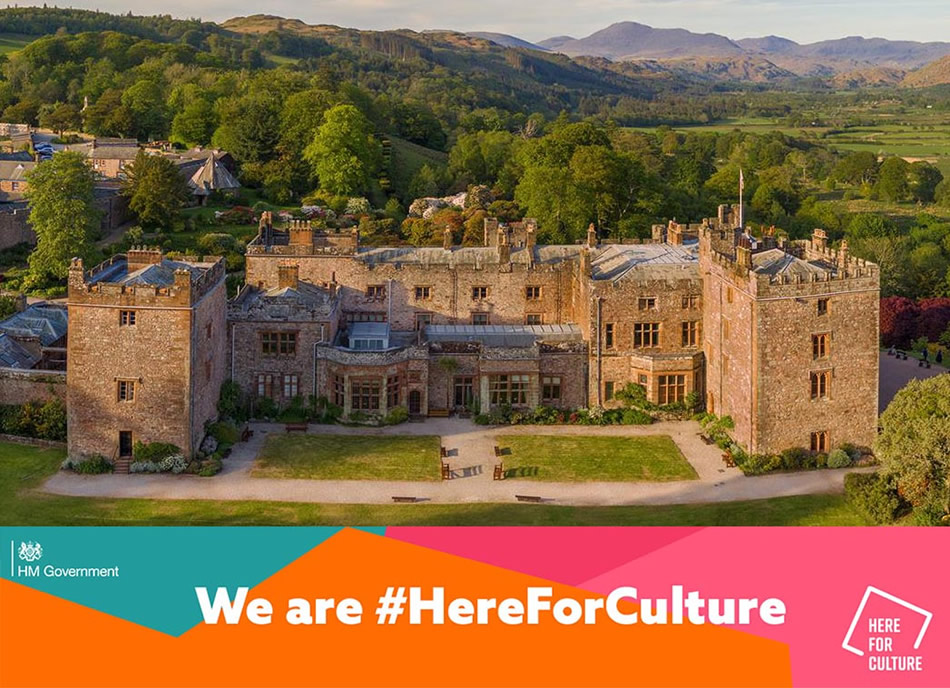 Muncaster Castle is one of 445 heritage organisations across the country set to receive a lifesaving financial boost from the Government thanks to the £1.57 billion Culture Recovery Fund to help them through the coronavirus pandemic.

445 organisations will share £103 million, including Muncaster Castle to help restart vital reconstruction work and maintenance on cherished heritage sites, keeping venues open and supporting those working in the sector ...