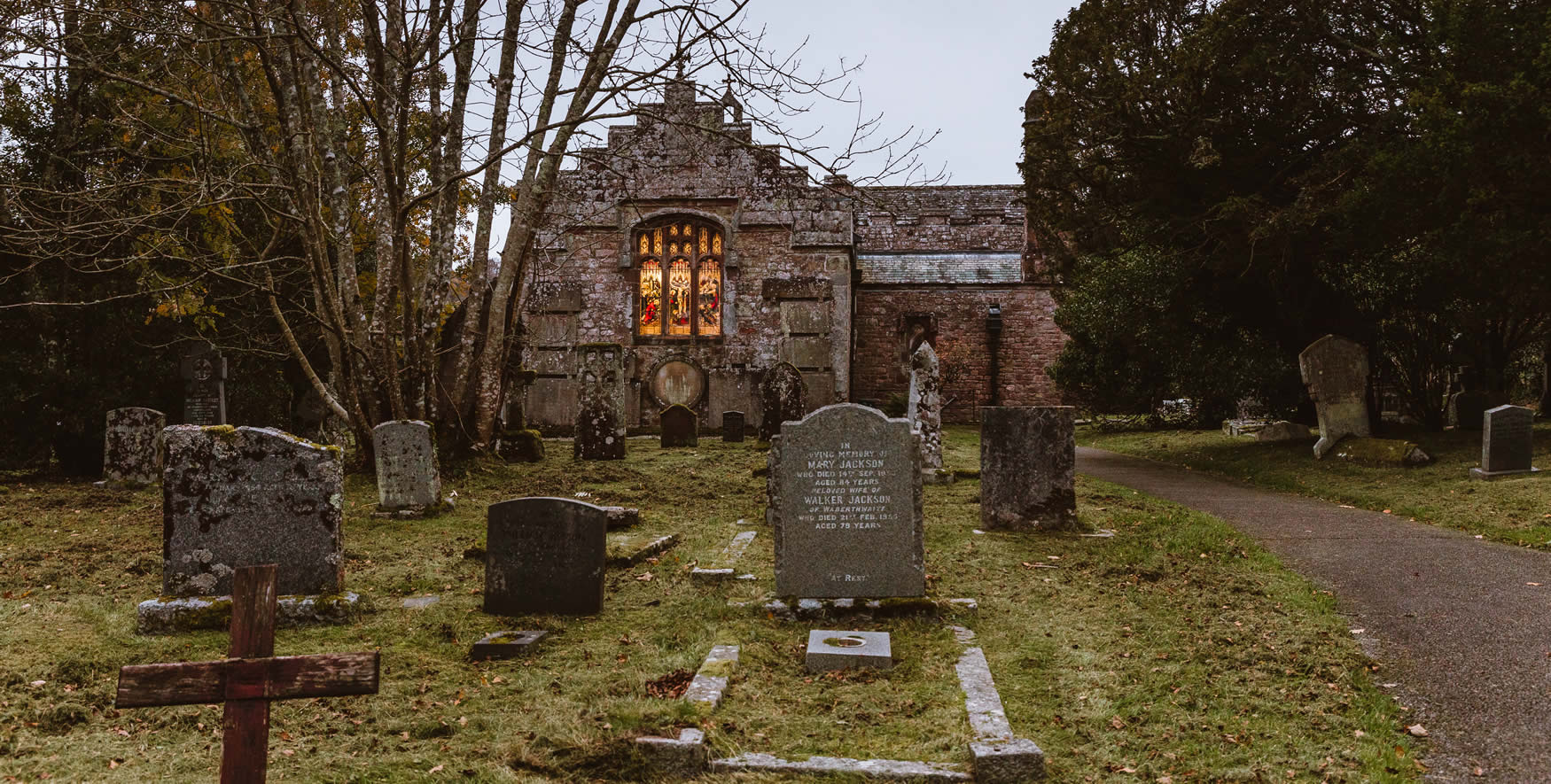 Muncaster Parish Church of St Michael and All Angels

While there are indications of there having been a place of worship on this site possibly back into pre-Christian times, there has been record of a church on this site since 1140.

The current building dates from the 16th century with various later alterations, including in the late 19th century by the famous architect Anthony Salvin who also carried out the major remodelling works on the Castle for the Barons Muncaster.

Having been extensively repaired and renovated around the turn of the Millennium through a generous grant from English Heritage and the valiant fund-raising efforts of the local community, the Grade 1 church is still in active use for services and weddings. Its churchyard boasts fascinating gravestones and memorials and a high cross, parts of which date from Anglo-Saxon times.

The church has some fine stained glass windows including by Pre-Raphaelite artist Henry Holiday, who was a frequent visitor to Muncaster. They include a window installed as a memorial to friends of the then Lord Muncaster, who were kidnapped while travelling in Greece and held to ransom. They were all killed during an attempt to rescue them. Lord Muncaster had been in the party but having been released to raise a ransom, he survived and commissioned the windows in their memory.

Although surrounded by Muncaster’s gardens and close to the Castle, as a working place of worship St Michael’s is not owned by the Pennington family. Part of the Church of England Diocese of Carlisle, it is open daily for sanctuary from the stresses of modern life to all, including visitors to Muncaster, seeking quiet reflection and prayer regardless of religion or denomination.